If you already read the last post, you all know what a game jam is and what it does……..so how about the biggest annual one in the world? Or more accurately AS the world, as people all over the globe took part in this one, one of them being myself. And quite a (large) team of others. The theme of this one is a massive improvement over the last couple of years (seriously, the Global Game Jam normally has a real tricky theme!), and it was: Ritual. And we had 48hrs.

So without further ado, here is the creation itself, Cracked Up:

Our take on the theme (after a lot of brainstorming) was to take the simple ritual of avoiding the cracks in the pavement, and make it so that increasingly bad stuff happened if you didn’t avoid the cracks. Not too hard right? Oh and by the way you don’t have control of WHEN you step, only WHERE you step. You need to have your pointer on a good bit of empty pavement every beat, which gets faster as the game progresses. So this is also a rhythm game. Got quite a catchy tune too. Here’s my ugly mug playing it:

Tell you what though, what was really great about this jam was the team. Without Dave, there would be an organised chaos. Without James & Jason, a shoddily working game. Without Sarah, the art would be rubbish to look at. Without Dicky and Lawrence, no catchy-as-hell theme tune. But it all came together to create a really good thing, which is pretty impossible for a big team during a jam normally. I had a huge amount of fun this time, and didn’t want it to end. But you know, there’s always a chance…. 😉 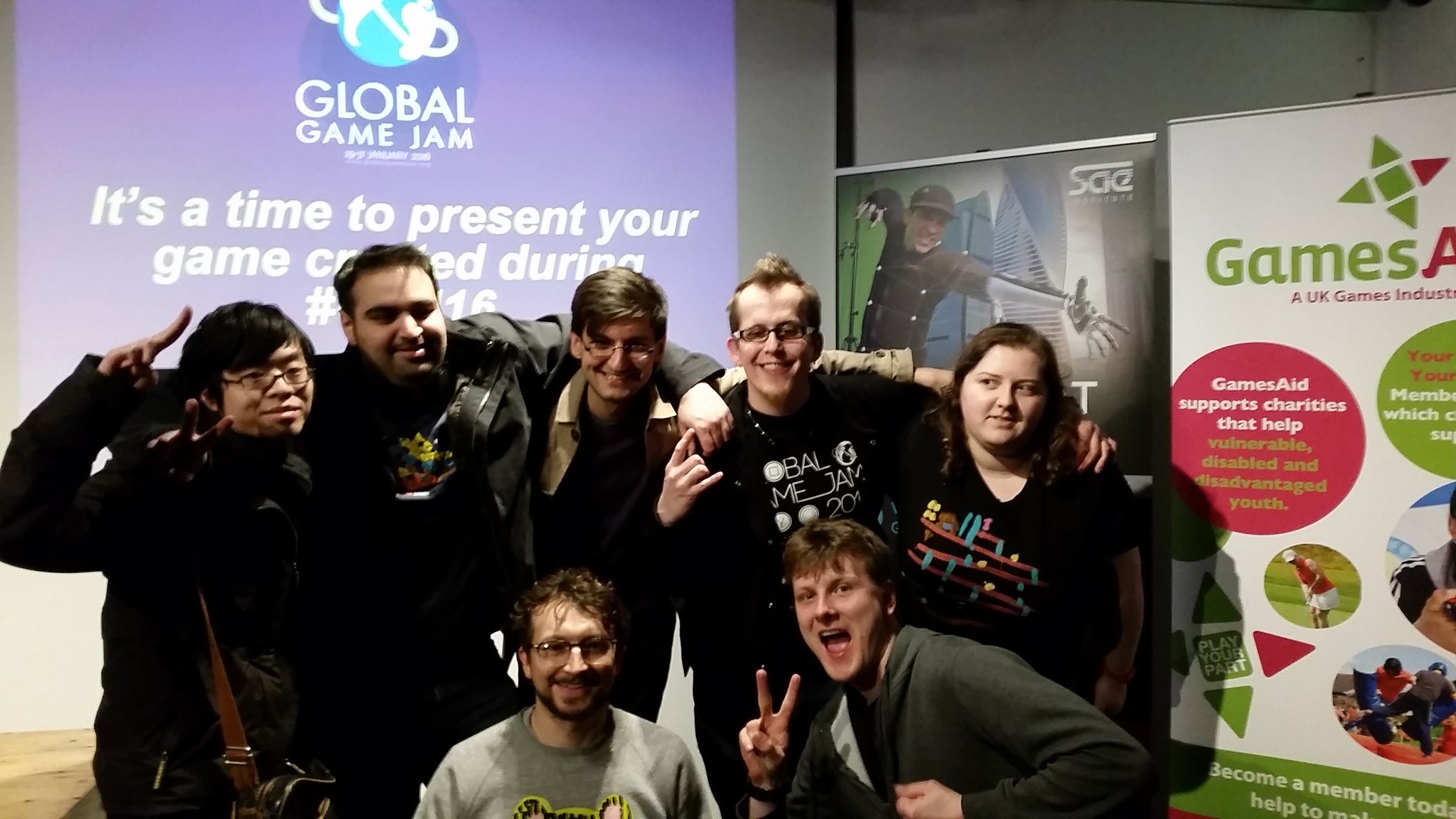 One thought on “Global Game Jam 2016 at SAE Institute London”

Thanks for stopping by!

My name is Sujan and I'm the founder of Burning Sushi, a game studio that creates exciting stuff for you to play. I'm a game developer and this is my devlog. And no, I have yet to actually burn sushi as some kind of dark ritual.

Want to keep up?